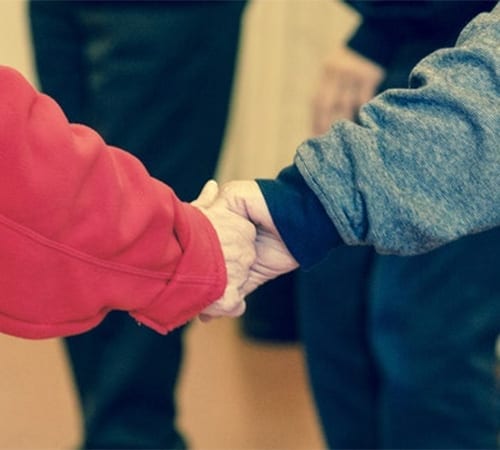 Millions of words have been written about the impending crisis in eldercare in mature economic societies. Advances in nutrition, medicine and safety mean that people are living longer with significantly increased retirement periods in which they will need to rely on their savings and/or the state pension to live.

A new report by the Centre for the Modern Family (CMF) commissioned by Scottish Widows, highlights the growing reliance on younger relatives helping to fund their parents and grandparents eldercare and the growing financial and emotional pressure this is putting on them.

The Cost of Care report is an ongoing investigation into the implications of an ageing population but its recently published first chapter has already provided some thought-provoking insights.

Even if elderly parents have built a large pension pot it may need to fund a longer period of time than they had expected and may no longer be sufficient, as health care costs continue to rise and the Government’s ability (or willingness) to pay dwindles.

This report offers some intelligent recommendations that will help in the long-term – evolving auto-enrolment pension schemes to include income protection and care costs, encouraging employers to consider more flexi-working to accommodate work and care provision and driving greater awareness of the need for families to discuss their care needs.

“The number of people in care in the UK will almost double by 2035. Our research shows that an over-reliance on relatives and the state could put families in serious financial difficulty. It can seem difficult to know how to prepare for the future, but to avoid a financial care crisis we all need to have an honest discussion on later life care as early as possible so no one is left footing a bill they can’t afford.”

It has never been more urgent to start thinking about the financial implications of looking after ageing parents or, indeed, making adequate provision for your own retirement and future care. A head in the sand won’t make the issue go away; start planning now – and if you don’t know where to begin, call us.

We are chartered financial planners and can help you make the right decisions about paying for eldercare.

FEATURING: Gary Quick
Gary is a director and Chartered Financial Planner, leading the financial planning team in our Taunton office. He has specialist knowledge in the areas of… read more
Share This:
Related Insights:

Welcome to our 2018 Sep-Oct FCFP Newsletter. The full list of the articles featured in this issue appears on Page 02. Highlights below. Page 04 –…

Welcome to our latest edition: 2018 Mar-Apr FCFP Newsletter. Whether you are looking to create, protect or preserve your wealth for future generations, inside this edition…

Welcome to our first edition of 2018. The New Year is the perfect time to overhaul your life for the better, and one excellent place to…

Award winning Accountants in the South West. Helping individuals, SMEs and Companies all over the UK.

#HMRC have advised that the portal for making EU VAT refund claims will remain open beyond 31 January official Brexit date. It will continue to remain open until 31 March 2021 to allow claims for the calendar year 2020 to be made.
Further updates on this coming soon.