To mark International Women’s Day 2021, we sat down with Maureen Gori de Murden, Principal New Business Manager at Willmott Dixon Construction to find out about her career in the construction industry so far, and how her influence in the industry has transformed Exeter.

I’ve lived and worked in Exeter for about 25 years now, and my first role in Exeter was working for Exeter City Council. That role was primarily focused on inward investment to attract investment and big projects to the city. This involved working on projects such as the first Met Office building, the EDF offices and more recently IKEA.

I then worked in Taunton in a similar role, and about a year ago Willmott Dixon approached me and asked if I’d be interested in moving back to Exeter for a role with them – I jumped at the chance as Exeter is where my heart is!

I’ve always been passionate about the built environment and making a difference to the people living in Exeter by attracting big investment to the city. It means we can build great and sustainable office spaces that leads to jobs for local people, better schools and leisure facilities for all. Some people may question what difference bricks and mortar can make to people’s lives, but the truth is it can make a huge difference.

One of my favourite quotes in relation to my career is one of Willmott Dixon’s company values which is building lives that are less ordinary. This is partly what attracted me to the company as it is something I believe in.

What’s been the biggest challenge you’ve faced in your career so far and how have you overcome it?

20 years ago Exeter was a sleepy market town, now it’s a great place to live and work, especially for young people which was one of my biggest focuses through the influence I have in my position in the construction industry. The city has seen a lot of transformation, but that has posed its own challenges.

A few years ago it became apparent traffic and pollution were becoming an issue which of course is not indicative of a good built environment – so the biggest challenge is creating an Exeter that works for everyone, not just those in the city centre but those living in the surrounding areas too, but it’s a challenge we’re embracing. Working closely with local authorities, the University and other private sector companies we will overcome it. Healthy housing leads to healthy lives.

What has been your biggest achievement in your career so far, or achievement you’re most proud of?

Typically I get involved in large scale building projects two years before any actual construction begins. They are often very long projects from start to finish as there are so many factors to consider and other organisations involved in getting a project off the ground. 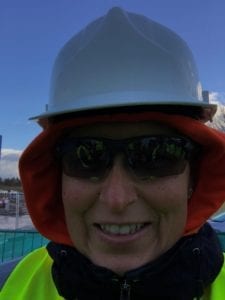 There are two major projects that I am immensely proud of and have been real highlights of my career: the Met Office High Performance Computing building and Collaboration Centre, and IKEA:

Many of these construction projects are highly confidential especially in the early days, and building a facility for Europe’s most powerful super computer was no different!  At the same time it involved so many different organisations, from Cray who were building the computer, to Willmott Dixon who were the main contractor, to local architects and project managers, all of whom came together and worked so well together that the building was delivered ahead of time and under budget.  It is such a stunning landmark building and still brings a proud smile to my face when I see it each time I arrive back in Exeter.

The longest project I’ve worked on was bringing IKEA to Exeter – I began talking to them back in 1999 and the store opened in 2018! 19 years from start to finish. The main obstacle we had to overcome was lots of people wanted IKEA to come to Exeter but finding a suitable site was a challenge as nobody wanted it in their back garden. We looked at several sites in the area but they were snapped up by other projects. When construction finally began I got to visit the store during the construction process and I was really struck by just how vast the store actually was, and how much work had gone into it.

There were a few quirky things that made me smile during the process, for example it’s the only IKEA store with windows, and due to the fact the construction process involved using lots of local materials and our local sand is red, the floors are actually pink! When the IKEA team came over from Sweden to visit the store they spotted the floor, and I was worried we were going to have to re-do it as much of IKEA’s stores are standardised, but they actually quite liked it and I love that our IKEA is unique in its own way.

It was the happiest day when that store finally opened! 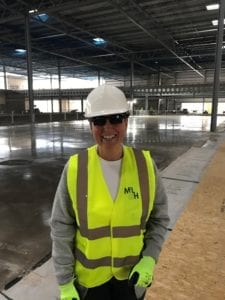 History has meant many senior positions are held by men, but I believe this is changing for the better all the time. Willmott Dixon for example are bringing in lots of young people regardless of gender into the business. I hope in 10 years they’ll be in senior positions themselves and be able to inspire the next generation of young people to consider the construction industry for their own careers.

It’s a rewarding industry to work in and seeing the ribbon being cut at the end of a long project is a joy to see and makes all the hard work worth it!

Making Tax Digital for Income Tax – how it will impact landlords

From April 2024, all landlords with income over £10,000 per year will be required to comply with Making Tax Digital (MTD). This will be extended to…

Leo and Taurus Developments – the journey so far

We sat down with Sam O'Connell and Carla Bennett, together the brains and the muscle behind female-led property developers Leo and Taurus Developments, based in Plymouth.…