PKF Francis Clark has advised on a deal which creates one of the largest independently owned producers of pasties in the UK.

Our corporate finance team was pleased to support Prima Bakeries’ acquisition of Cornish Premier Pasties by carrying out financial due diligence.

Both Cornwall-based businesses have grown significantly in the last few years. The combined group has over 150 full time staff, supplying more than 600 retail outlets and food service customers throughout the UK. 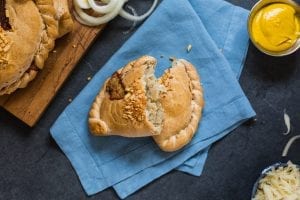 Sam and his team very skilfully broke the work down into bite-size chunks, which allowed us to fully understand what they needed. Despite a short deadline, they were very patient and thorough and were friendly and professional at all times

Transaction services director Sam said: “Prima Bakeries is a resilient business whose success has been built on its reputation for quality products, including their award-winning Cornish pasties. In recent times, it has also benefited from the growing popularity of staycations.

“The strategic acquisition of Cornish Premier Pasties creates a larger group with capacity for further growth, not just in the South West but nationally. We were delighted to work closely with Prima, ThinCats and Cornish Premier during the due diligence process.

“It’s particularly pleasing to see an independent food producer successfully competing with national chains thanks to the quality of its products, and we wish the combined group every success.”

The acquisition opportunity for Prima arose due to the retirement of Cornish Premier’s well-known owners, Frank Bradshaw and Fiona Rick.

“At first this appeared very daunting due to the size and scope of the work involved. However, Sam Phillips and his team very skilfully broke the work down into bite-size chunks, which allowed us to fully understand what they needed. Despite a short deadline, they were very patient and thorough and were friendly and professional at all times.”

Mark added: “There is remarkable synergy between Prima and Cornish Premier – both businesses share a similar culture and have a strong reputation in the marketplace. By bringing the two companies together to become one of Cornwall’s largest food and drink businesses, it will give both companies the structure and market presence to further develop the combined organisation.”

The South West food and drink sector is one of the strongest of any UK region, with over 2,200 businesses and 60,000 employees. Across our eight offices, PKF Francis Clark has expertise in a wide range of disciplines to support food and drink businesses of all sizes with issues including: funding, exit and succession; commercial relationships with supermarkets and other multiples; innovation of products and processes; business collaboration; staffing and skills; commodity pricing; VAT, customs and duties.

FEATURING: Paul Crocker
Over his career Paul has been at the forefront of transactional work, both as a corporate finance adviser and a banker. The combination of over… read more
FEATURING: Sam Phillips
Sam is a Corporate Finance Director focusing on PKF Francis Clark’s Transaction Support and Due Diligence services, having previously worked at Grant Thornton and EY.… read more