Jo Downs is one of the world’s most prominent fused glass artists, and her handcrafted work is inspired by the beautiful Cornish coast. For over twenty years she has used her talent, technical expertise and remarkable creative energy to build a highly successful design-led trade and retail business. In her commitment to remain a professional maker and creative lead however, she almost lost the business by ‘taking her eye off the managerial ball’.

Jo Downs Handmade Glass produces a range of giftware and interior pieces, offering a high-end bespoke commissions service and has developed a studio which undertakes large architectural and interior projects. 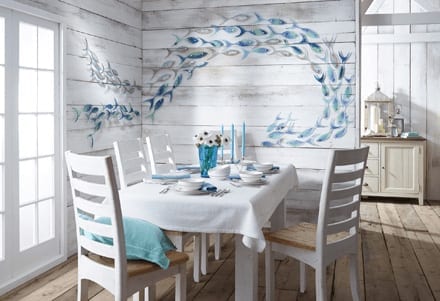 The company has a string of branded galleries across Cornwall at: Fowey, St. Ives, Padstow and Launceston, and another in Ripley, Surrey, and supplies designer giftware to some 450 businesses across the UK, some of which, including the National Trust, have their own bespoke range.

The Launceston Gallery is housed in the business’s 10,000 sq ft working studio, the hub of the creative and manufacturing process. Today the business employs some 45 people and turns over £1.7m.

Jo approached Francis Clark Business Recovery at a time when the company’s creditors were unmanageable. The significant creditor pressure was largely a result of considerable expansion costs in recent years that were not met with proportionate increased turnover.

Lucinda Coleman, Business Recovery Director at Francis Clark, together with the company’s existing accountant, formulated a Company Voluntary Arrangement (CVA) proposal to put to the company’s creditors. A CVA is a contract between the company and its creditors offering something other than payment in the normal terms of business. In this case the offer was payment of 37% over 5 years, at the end of which the surplus debt is written off. The alternative (probably ceasing to trade) would have led to a much lower (if any) return. The creditors accepted the CVA proposal and the 5 years are now complete.

The CVA has ensured the survival of the company and Jo has remained in control throughout and can now continue to grow her business without the burden of its historic creditors. A significant part of the survival process was also due, in no small part, to Jo’s tenacity to save a lifetime’s work and her commitment to repaying creditors rather than to create a phoenix business.

Having established Jo Downs Handmade Glass in Stuttgart, Germany; Jo relocated to Cornwall in 2001 and began developing a range of designer giftware including coasters, hangings, bowls and mirrors. These sold to respected outlets across the country, including The Royal Botanical Gardens at Kew and the British Maritime Museum. 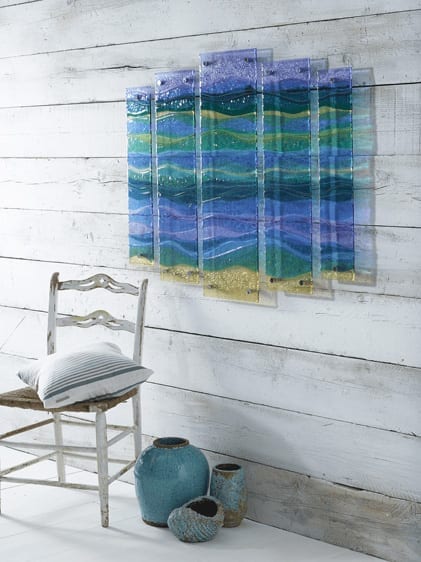 The business grew exponentially, investing in advanced glass making equipment, kilns and cutting tables, with the first of her five galleries opening in Padstow in 2005. At this point, Jo was employing around 15 people and had secured a useful partnership with Molton Brown to sell her designs nationwide. This arrangement grew to become around 70% of the business’s output, and in so doing, put Jo and her private commission work under severe pressure.

Jo’s personal situation worsened significantly with the collapse of her marriage, leaving her to run the business whilst raising two young children and having to undergo legal proceedings with her husband over the business ownership, a dispute which was resolved in her favour. At this point Jo felt she needed help and accepted an offer of professional support – a decision which resulted in even more serious problems.

She said: “I left the day-to-day management of the business to someone I thought would help, without realising how reckless he was going to be. I hadn’t thought he would take risks with the business I had so painstakingly built up.”

“10 or 11 shops were quickly opened with no structure, no trained staff and no stock, but with painfully expensive leases and the company spent wildly on non-essential items, taking leases on cars, offices and software that we couldn’t use. I discovered we were running with overheads of £160,000 per month, a crazy and unsustainable amount.”

“New procedures were introduced which alienated a lot of my traditional trade customers. We had built really good relations with them and if they wanted a bespoke piece or a small order, we would always oblige. That was destroyed by the imposition of unreasonable minimum orders.”

“The final straw came when it transpired we hadn’t paid VAT for over 2 years. The business collapsed and the manager just walked away. My accountants advised me that we needed the support of a Licensed Insolvency Practitioner at Francis Clark Business Recovery. We all worked closely together to formulate a business plan that worked alongside a CVA to deal with the debts.”

“The understanding of my creditors was truly humbling and made me even more determined to do the right thing and pay off everything owed. The support of my family was immense as was that of my staff, some of whom worked through it all, as the CVA allowed me to keep trading. We have also won back the affection of many of our lost customers because we have returned to our original values and what people love about the Jo Downs brand.”

Jo made huge personal sacrifices to turn her business around and is adamant that her focus on design and creativity will no longer divert her from business prerequisites. New systems and procedures and a new decision-making protocol have been introduced. All expenditure is scrutinised carefully and costs are driven down. From the beginning of the CVA, Jo halved the monthly overheads bill and has returned the business to profitability. The emphasis now is on consolidation and containing growth, although Jo won’t rule out opening further retail outlets should the right opportunity come along – but there’s no rush.

Lucinda Coleman said: “Jo is a truly creative talent but also a remarkable person. Her story demonstrates that there is genuine hope for many businesses that get into difficulty and that the trick is to get professional advice as soon as warning bells start to chime.”

Jo’s story is all the more remarkable as her personal and business difficulties coincided with a major challenge to her creative process, when the German source of the coloured glass she was using dried up and she had to completely rethink her designs. Not surprisingly, for someone who clearly combines creativity with determination, Jo used this setback to ignite her imagination and came up with new, cutting edge designs.

With Midas Construction set to appoint Administrators, Scott Bebbington, Senior Manager at PKF Francis Clark highlights how this could affect you or your clients’ business and…

The latest sector breakdown of corporate insolvencies was released earlier this week, so here is my updated chart of insolvencies by sector for both November 2021…

Although the level of insolvencies continued to remain low in 2021 due to the Government support and protections made available to businesses, 2021 was still an…