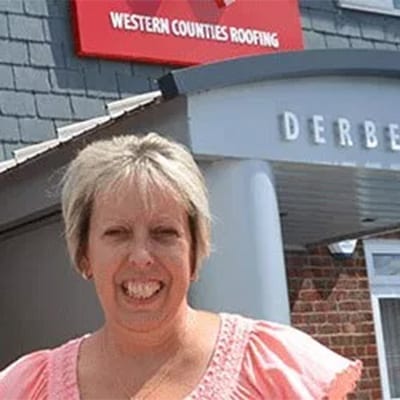 As the complexity and constant legislative demands of running an efficient pay roll system increase, more and more businesses are outsourcing the function to highly trained experts.

The family owned and managed company has seen year on year growth and provides roofing services to most of the major housing development companies in the South West including Redrow Homes, Barratt Homes, Linden Homes/Galliford Try, Devonshire Homes, Taylor Wimpey and Bovis. Its operational footprint extends from Cornwall to Dorset and up to Bristol.

Whilst payroll had always been carried out in-house, the advent of pension auto-enrolment and the complexity of its implementation prompted the business to review their payroll management. They became increasingly concerned about non-compliance and the financial penalties involved and sought advice from their accountants PKF Francis Clark, in April 2016 they appointed PKF Francis Clark to take control of their payroll requirements.

“We have around 55 full-time employees and administering the payroll was becoming really burdensome and taking up far too much of our time. The added responsibility of auto-enrolment was certainly a step too far.”

“We spoke with Eve Iunco from PKF Francis Clark and she talked us through the process and how her team could take the pressure off us and it has certainly worked. We send through a spreadsheet detailing the timesheets of the weekly and monthly paid staff at a prearranged time and by the same afternoon we will have back all the reports with payslips including holidays, sickness and pension reductions. It’s then just a matter for us to pay everyone via BACs.

“We deal with Julie Knight at Francis Clark and she is remarkably efficient. We only have a telephone relationship but it feels like I’ve worked alongside her for years. The system is seamless and saves us a huge amount of time which we can now use to focus on running the business. It has also introduced some discipline to our employees who now know they have to get their timesheets in on time.

“I would have no hesitation in recommending PKF Francis Clark’s payroll service to any business to lift the administrative burden of payroll and ease the constant worry that getting it right yourself inevitably brings. We also don’t have to worry about incurring HMRC fines for non-compliance as we are in the hands of experts who tell us what to do and what to expect.”

“It was clear that due to the increasing demands and pressure that now come with running a payroll, Sharon and her colleagues were spending a considerable amount of time on this process. We have since built up a comfortable relationship and they can relax in the knowledge that the payroll will be run correctly and on time regardless of all the changing legislation.

“Payroll has become so diverse with constant legislative demands that it can no longer be seen as a side role to bookkeeping and accounts, it requires trained experts with in-depth knowledge.”

Health and social care levy – how might employers and business owners respond?

Earlier this month, Boris Johnson announced a new tax rise to fund the Government’s long-awaited plan for health and social care. The Health and Social Care…

Childcare business is about more than numbers

More than 30 years ago, Arlene Caddow and Jane Meaney had a vision of a healthy, natural environment where children could play, learn and grow. Today…

FC Payroll Solutions is celebrating being named Specialist Provider of the Year at the leading industry awards for payroll professionals. With 38 staff based in Poole,…