Major changes to the way companies file their accounts and tax returns appear to be on the cards.

A consultation recently launched by the Department for Business, Energy and Industrial Strategy (BEIS) is exploring how companies might in future be able to file accounts only once with government, instead of separately to Companies House, HMRC and other agencies.

The consultation is focused on improving the quality and value of financial information on the UK companies register. It is running in parallel with two other BEIS consultations, one on banning corporate directors in an attempt to tackle opaque structures, and one on giving Companies House new powers to query filed information on a risk-based approach. The overarching theme of the BEIS consultations is corporate transparency.

In theory, filing once with government… should reduce the burdens and costs of corporate reporting

Launching the consultations, Lord Callanan, Minister for Corporate Responsibility, said: “Today’s proposals set out further detail on our far-reaching reforms to ensure the Companies House register is fit for the 21st century – allowing us to crack down on fraud and money laundering, while providing businesses with greater confidence in their transactions.”

Listed companies are currently required to file their accounts with Companies House within six months of the end of their financial year. Private companies have nine months from year end in which to do this.

For both listed and non-listed companies, the deadline for filing tax returns with HMRC is 12 months after year end. This has traditionally allowed time for tax computation work to be completed after a company’s accounts have been filed. Because the concept of materiality used in producing accounts does not apply to tax returns, this three-month buffer has long been used by those preparing tax returns to refine various issues that were not material to the company’s financial results.

BEIS is also exploring further modernisation including greater alignment of corporate reporting processes, standards and systems across government organisations – a ‘file once with government’ approach. Options proposed include enabling companies to file their accounts in one place and for all government bodies to extract the information they need from that central source.

In addition, there is a proposal for mandatory digital filing of accounts with Companies House – a significant change in prospect for the 15% of companies which still filed paper accounts in 2019.

What impact could this have?

If these proposals are accepted, it will significantly change the way finance teams, their accountants and their advisers work, and the changes are likely to be enough to give many in our industry a few sleepless nights at this stage. However, it’s important to bear in mind that, with the introduction of cloud accounting, and with the pace we are all now able to work in the digital world, timeframes based on traditional methods may no longer be necessary. 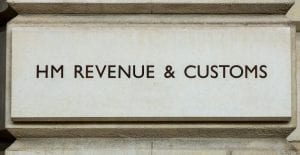 In addition to the changes proposed by BEIS, HMRC’s consultation includes proposals to more closely align filing dates for tax and company law purposes, bringing forward the company tax return filing date and removing the buffer that currently exists to refine tax returns after the accounts have been signed.

Aligned filing deadlines would be a shock to the system for businesses, their accountants and advisers

Aligning the tax return filing deadline with an accounts filing deadline of six months after the year end is likely to be combined with earlier payment of corporation tax liabilities. There could also be knock-on effects, such as a possible need to pay accrued bonuses within six months of the year end in order to get a deduction in the period, or perhaps the possible need to repay outstanding loans to participators within six months to avoid a s455 charge.

In theory, filing once with government instead of separately to Companies House and HMRC, and aligning the filing deadlines, should reduce the burdens and costs of corporate reporting. However, as the consultation document notes: “Full alignment would require fundamental changes in tax and company legislation, the challenge of which should not be underestimated.”

A key principle of Making Tax Digital – already being rolled out for VAT and income tax and included in this consultation – is quarterly online filing of summary updates. Digitalisation is making communication between companies and the authorities an ongoing process rather than an annual event. 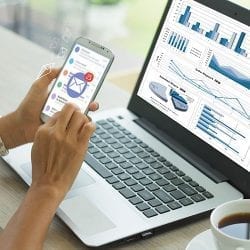 The benefit of this to businesses is that it provides a more up-to-date picture of a company’s performance and its expected liability. From the authorities’ side, it comes back to the idea of improving the quality and value of financial information available to anyone looking at the UK companies register (as well as HMRC). But for seasonal sectors such as tourism and retail – where the lion’s share of earnings are made in summer or the run-up to Christmas – quarterly snapshots may not provide a particularly helpful indication of a company’s performance on either side.

It is worth bearing in mind that these proposals would effectively require accounts and tax preparation work to be done in tandem. This has already become more challenging for many businesses given that the Financial Reporting Council is increasingly restricting the amount of non-audit work accountants can do for their audit clients. On the one hand, government proposals are encouraging accounting functions to work hand in hand and hit aligned deadlines, while on the other hand extended ethical standards increasingly require processes to be kept strictly apart.

A shock to the system

Aligned filing deadlines would be a shock to the system for businesses, their accountants and advisers. Such a move is likely to prove unpopular in the short terms as everyone gets to grips with it, but given that the combined impact of these proposals would see a fundamental change to way current year data is recorded and reported, it may be an opportune time for modernisation to be embraced across the industry. If there are aligned government systems, capable accounting and tax software availability and a desire from all in the industry to adapt some traditional working practices, it should be doable. It will be a bumpy ride in the short term, though, no doubt.

The BEIS consultation closes on Wednesday 3 February and the HMRC consultation closes on Friday 5 March. While any changes to filing deadlines are unlikely to happen overnight, this is a timely reminder for businesses of the direction of travel and the need to make sure they are ready for the introduction of MTD for corporation tax.

Cloud accounting software is already available and is keeping on top of the changes coming. If you would like to talk about a move to cloud accounting, or have any concerns about the proposed modernisations and how they will impact your business, please speak to your usual PKF Francis Clark contact or click here.

FEATURING: Rob Meredith
Rob is responsible for delivering corporation tax compliance and strategic tax advice to UK based and multinational companies across a range of industries. He enjoys helping… read more

PKF Francis Clark's tax team has been strengthened by the appointment of Nicola Manclark as a partner at our growing Bristol office. Nicola previously worked in…

This article was originally published in South West Business Insider magazine. As a firm, we look after many owner-managed businesses of varying sizes and sectors. Aside…