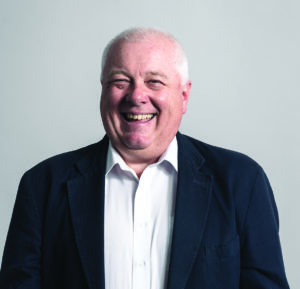 It is with deep sadness that we announce Ivan Burnard, our Senior Partner, passed away suddenly on Friday 3 June.

Ivan joined the firm following our merger with the Plymouth office of Touche Ross in 1988.  He was part of the audit team and worked on many of the firm’s most prestigious clients, including Brittany Ferries and Vospers, who remain clients to this day.

Ivan’s career rapidly progressed and just six years later he was promoted to Partner aged 30. By this time he had gained a reputation for his IT skills.   “He was always involved in IT,” said Andrew Richards, Managing Partner of PKF Francis Clark, “he was a master of the spreadsheet as well as sorting out anyone’s practical IT issues.”  Throughout the years, Ivan was instrumental in developing the firm’s IT strategy.

However, his abilities went beyond IT as he was regarded as the ‘go to’ person for his DIY skills.  He even kept a toolbox in his office just in case anything needed fixing!

In 2011, following the merger with Winter Rule in Cornwall, Ivan relocated to the Truro office.  He was the obvious choice to link the two firms together, not only was he a proud Cornishman but most importantly he had a natural rapport with people. His role changed to provide more general accounting and business advice and he managed a wide portfolio of clients.

Ivan was promoted in 2018 to Senior Partner and became the firm’s Chairman.  “This was very much a pastoral role and played to Ivan’s strengths,” reflects Andrew.  “Ivan was always someone you could easily talk to and confide in.  He was a great listener, offering pragmatic advice and the reassurance you needed.  He had a wonderful bedside manner.”

Ivan enjoyed this role the most in his career and expressed how humbled he felt.  He was someone you could turn to for a second opinion, a sounding board on a client issue or to provide guidance on a personal matter.

In his spare time, Ivan was a keen golfer and loved fishing – something he had in common with the firm’s founder Francis S Clark.

Ivan wasn’t just a colleague he was our friend.  He will be fondly remembered as a father figure of the firm and will be greatly missed by us all.  Our thoughts and prayers are with his family.

Welcome to our first monthly round up of all things blockchain. Here, over the coming months, we will digest some of the biggest news that has…